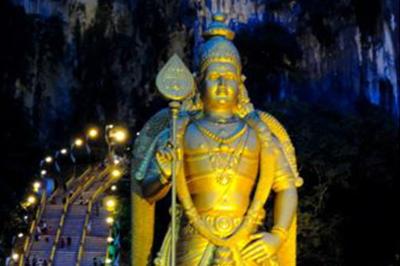 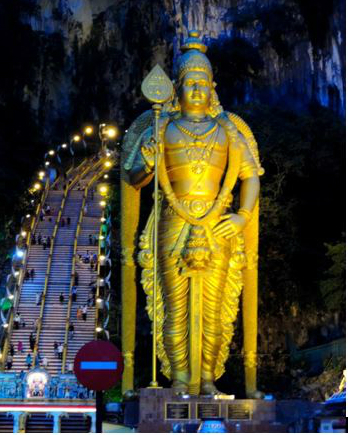 A trip to the outskirts along the ‘Ambassador Row’. Our first stop at the Royal Selangor Pewter will feature the largest and most modern pewter factory in the world, reputed internationally for its high quality and craftsmanship. You will be shown the different processes, such as casting, filing, polishing, soldering, hammering and engraving during this factory tour. Next we stop at Batik Factory – see how Batik is designed and printed.

Our last stop will be at the limestone hills of Batu Caves that comprises of three caverns and several smaller caves. It is the shrine of Lord Murugah, a Hindu deity – a flight of 272 steps lead up to the temple cave. Another cave, called the museum cave, is filled with images of deities and murals depicting scenes from the Hindu scriptures.